This is a new three bedroom house. It is built on a standard block in the centre of Castlemaine on Dja Dja Wurrung country. It is sited at the front of the block with a large north facing rear garden.

The design develops around an open central space connecting the street side of the house through to the rear garden. This space is articulated by a cranked internal brick wall creating areas for different uses; dining, living, kitchen and entry. The wall is held down from the ceiling. It provides thermal mass, and privacy for the living space from the entry. Its also wraps around a potbelly that keeps it warm in winter. 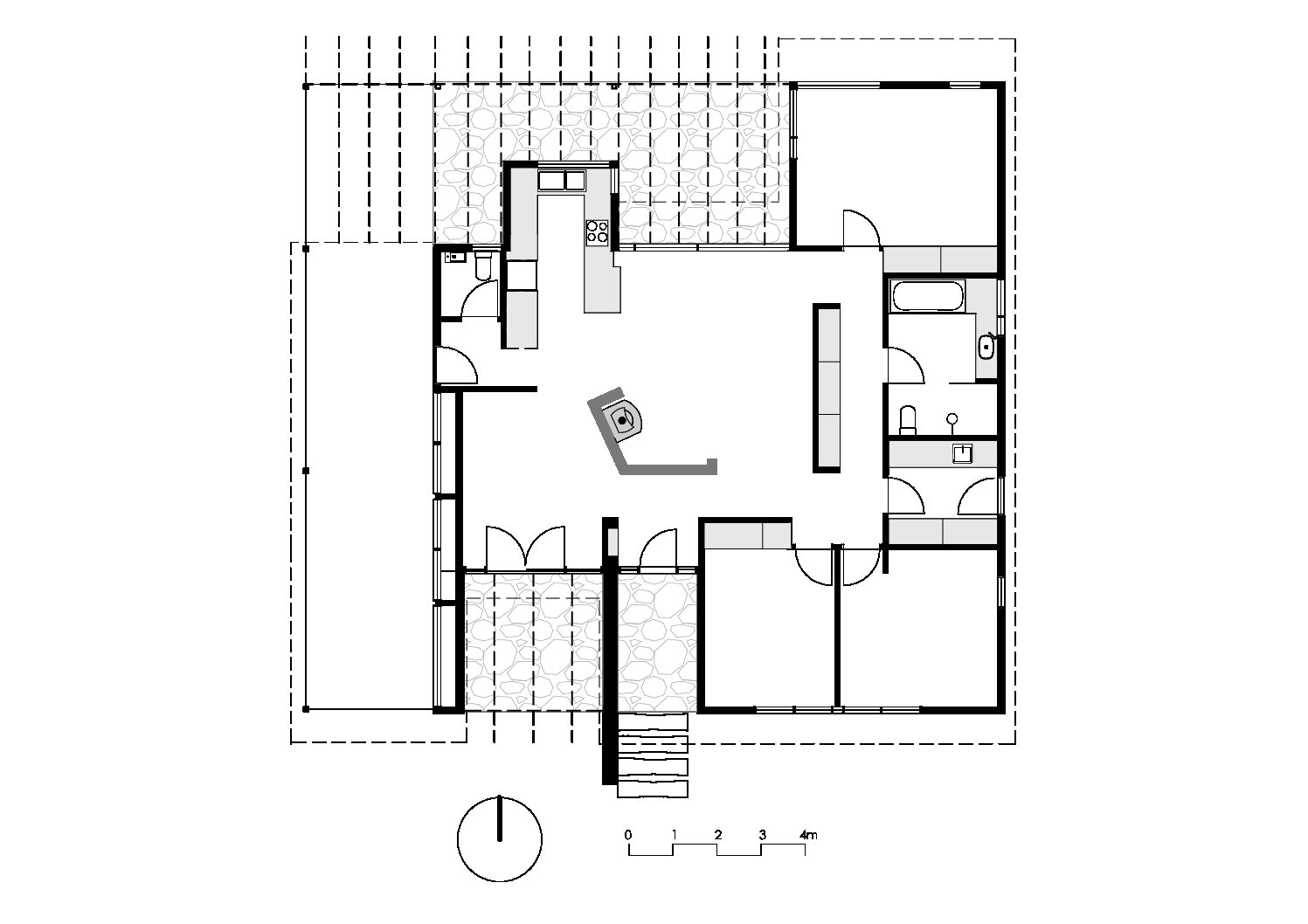 At the rear the main bedroom and kitchen wrap around a small north facing courtyard. They also provide stability for a large trellis structure that continues the shape of the roof.

The roof form is a gable running east west. From the north it drops down at 33 degrees from the ridge for a length just enough to accomodate a single row of photovoltaic panels over the entire width of the house. The slope of the roof then flattens  to 5 degrees in the form of an extended ‘lean to’.

The ceiling is horizontal except where it kicks up over the dining area, under the photovoltaics, to provide high south windows to the street, bring views of the sky over the internal dividing wall, to the north part of the house.

The entry is created by an external stone wall running perpendicular to the house and dividing a canopied entry from a trellised cut out of the buildings simple street facade. This cut out forms a gated winter garden viewed from the dining area.

The roof form extends to the west to provide cover for two cars in tandem and protect the building from the west sun. It also provides a functional area to the north, connected to the laundry and kitchen, for clothes drying, composting and recycling.